On the 1st January 2006, the Istituto Elettrotecnico Nazionale “Galileo Ferraris” (IEN) and the Istituto di Metrologia “Gustavo Colonnetti” (IMGC) merged to establish the Istituto Nazionale di Ricerca Metrologica (I.N.RI.M.). INRIM is the national public body with the task of carrying out and promoting scientific research in metrology. With the handover of the tasks of primary metrology institute previously assigned to IMGC and the IEN, INRIM has become the focus of most scientific metrology activities in Italy (except for the field of ionising radiation, where ENEA-INMRI maintains its role). Its research activities in measurement science, materials science and innovative technologies are recognized at worldwide level.
INRIM carries out studies and researches on the realization of primary standards for the basic and derived units of the International System of units (SI), assures the maintenance of such standards, their international comparison and in general provides measurements traceability to the SI. In addition to physical and engineering metrology, its main R&D areas are in fundamental physical constants, materials, metrology for chemistry, nanotechnology, innovation, quantum information and artificial vision. 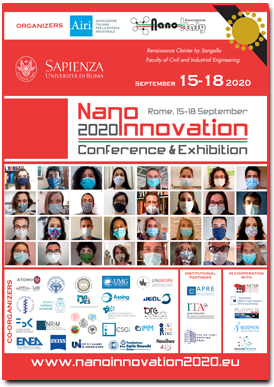